During a paramedic ride-along, Carter is forced to drive the ambulance while fleeing a riot scene and inadvertently runs over a teenage boy. Later, a paramedic is shot by an angry mob looking for the driver of the ambulance. Carol is despondent following Doug's departure. She later discloses that she's pregnant. Kerry is intrigued by an injured pro wrestler and his relationship with his father. Lucy tangles with an Asian family that requests their matriarch not be told of a cancerous tumor. Jeanie turns down dates with both Dr. Baker and Reggie, telling each she's seeing someone else. 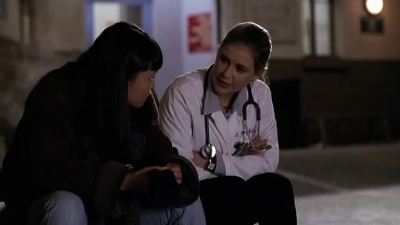