Niles eventually persuades the reluctant Mr. Moon to come to the U.S. and talk with his wife. He is prepared to leave immediately after Mrs. Moon rejects him, but Niles convinces him to stay for a while. Daphne is furious at Niles for interfering, as she feels her parents would eventually work out their problems on their own. She criticizes Niles for acting without consulting her. Niles and Daphne convince the Moons to join them for a romantic dinner. The plan works initially, but the couple soon gets into a brawl. Mr. Moon talks with Daphne and tells her that he and Gertrude are not going to reunite. A devastated Daphne fears that there is no point to marriage, but her father assures her that Niles is the right man for her. He cites the lengths Niles was willing to take to please Daphne as proof that he loves her much more than Mr. Moon ever loved Gertrude. Daphne realizes that he is right, and heads over to see Niles. She stuns him by telling him that she wants to marry imm 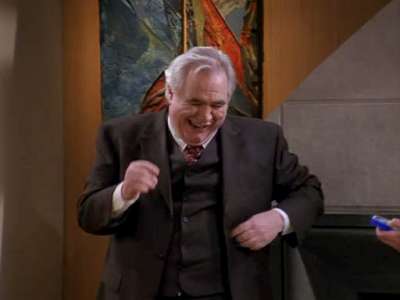