While mourning the death of his father (in last season's The Prisoner), Johnny catches wind of a series of murders with the victims bearing the mark of a ram's head on their forehead. It turns out that two crooked cops have recovered the Coin of Ziocles (from Tails I Live, Heads You Die). In a shootout, one of them is killed along with a drug dealer they were in cahoots with. The other, live cop figures out the coin can resurrect the dead, and uses it to resurrect his partner as a semi-zombie. They then use the Coin to kill a prostitute, but Johnny grabs the coin from them...and uses it to resurrect his father. Meanwhile, Micki is in a near-useless state, since she herself was briefly dead, killed by the Coin earlier. She doesn't want to go through that again. Disgusted with Johnny's selfish use of the coin, Jack kicks him out, but Johnny manages to redeem himself after the cops get the coin back and try to resurrect the drug dealer to find out where their money is. Johnny saves Micki, 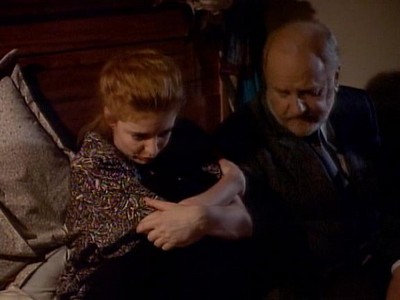