Hate On Your Dial

Johnny inadvertently screws up when he sells a box of junk to a retarded neighbor without checking the Manifest. A cursed antique car radio is among the items sold. The retarded man's brother, a car repairman and a racist, discovers that the radio can be used to travel back in time when smeared with a murdered victim's blood. He plans to travel back to the 50's in the South and prevent his father from being arrested and killed on murder charges, by killing the black lawyer his father tried to kill. Johnny and Jack, holding on to the car during the racist's second trip, travel back in time with him and manage to stop him. Ultimately, the racist ends up being burned at the stake by his father and other KKK members, who mistakenly think he is working with the black civil rights lawyer he was trying to kill. 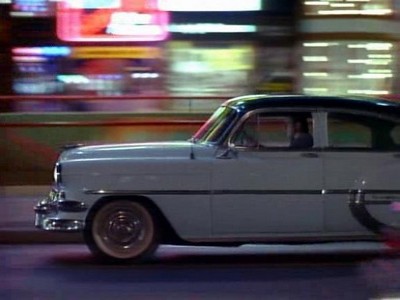