Micki, Johnny, and Jack are taking a break, and star-gazing in Jack's old hometown. However, a ghostly biker gang, the Midnight Riders, rolls into town. At the same time, Jack's father Cawley, who has been gone for ten years, also shows up. The gang is out for revenge, as they were falsely accused of raping a girl who lied to protect her reputation and explain the fact she was pregnant. Jack's father was one of the ones who killed the gang and hid the secret. It turns out that Jack's father is also a ghost: he died at sea, but has returned on the anniversary of the gang's death. The girl and the others who participated in the gang's death are killed, and after a brief reunion with his son, Cawley's ghost disappears as well. 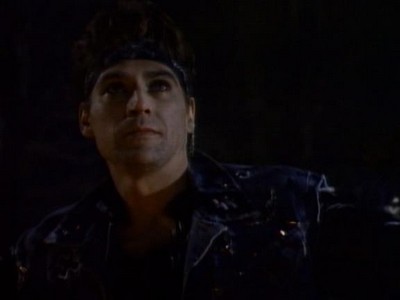