In this unusual episode, none of the main characters appear except Micki very briefly at the beginning and end. A newspaper columnist accidentally hits a young girl who was wearing a cursed cameo. The silhouette starts harping at him in the young girl's voice to free her by killing someone else. The columnist then kills his ambitious, obsessive mother which frees the girl...but then the mother's voice starts haunting him. He kills a homeless man to bring her back to life, but then is haunted by that man's voice. Ultimately the columnist tries to reverse the curse by killing his mother and then the girl again, and ends up killing himself. At the end, a social worker stumbles across the locket and turns it over to Micki. 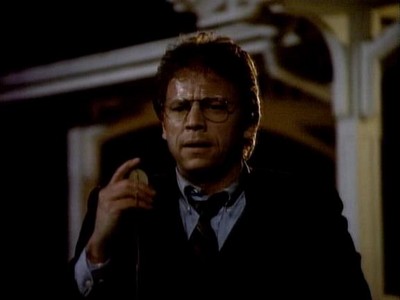