In the first few minutes, Micki and Johnny recover a yin-yang amulet that lets the user switch bodies after killing someone. They steal it from a wife and her lover trying to kill her husband, and manage to escape. But, on the way back they run out of gas and stumble on a home lived in by two brothers. The brothers are psychopaths who have stuffed their family to keep around the house, and they want Micki. Johnny breaks his leg, but uses the amulet to switch places with the younger brother. He eventually convinces Micki of who he is, and they eventually manage to restore Johnny to his original body. The younger brother is killed, and the other dying brother uses the amulet to inhabit the stuffed body of one of his family members. However, Micki and Johnny manage to puncture enough holes in the animated body that all the stuffing is blown out by the high winds of a storm. 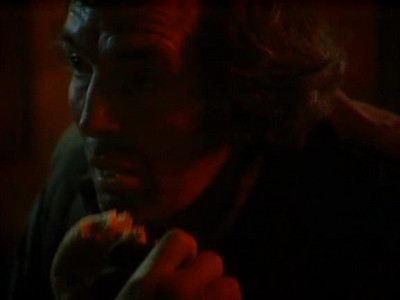