Based on storyline in Gideon's Ride. On a crowded platform, Bryan Pringle tries to push Donald Churchill in front of a train but he is saved by co-worker Anne Lawson. He wants nothing to do with it but she takes it to the police. Another attempt is made to push him in front of a bus. Again he does not seem to be interested that someone is trying to murder him and though she is obviously in love with him, he gets angry with her over it and wants nothing to do with her. Then suddenly they are in love. Pringle it turns out lost a fiancée when she tried to steal £5,000 from a company and when caught, committed suicide by jumping in front of an Underground train so he is now busy killing those responsible. There is a background story about a wages snatch. 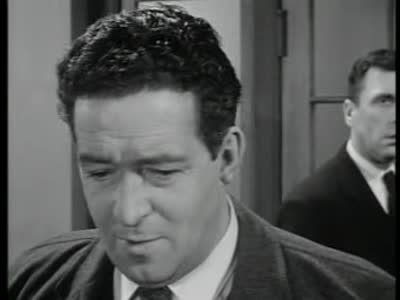