New Storyline. £1,000,000 worth of gold is stolen from a Russian Aeroflot plane at a small airfield. The brains behind it, Barley (George Baker) has an alibi which is just too good. There are complications when the driver of a decoy van is picked up and is obviously in on it. It all begins to fall apart when one of the men,Dobson (Edwin Richfield) is burned by molten gold being recast. Lured by the £100,000 reward, a bent doctor treating him phones the police who follow Barley and others to Tilbury where he plans to escape by boat. 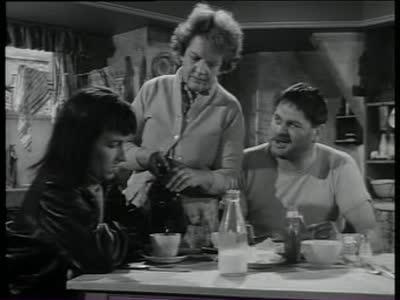