Sophie continues to look into Hobbes' death by following Inga Fossa into a run down military installation where Inga Fossa uses a portal to move back to Harsh Realm. Inga Fossa enters however Sophie is locked out. Fossa materialises in Santiago City where she informs Santiago of her plans of conquest. In Harsh Realm, Hobbes, Pinocchio and Florence attempt to gain forged ID chips so they can enter Santiago city and gain access to the portal. They find the man they need for the job, just as Walters and a team of commandos raid the building and capture Florence. The rest manage to escape through a glitch that leads them directly Santiago's barracks. Hobbes manages to break into the chamber where the portal is and with reluctant help from Inga Fossa, they enter. Fossa tells Hobbes that unless he kills Santiago now in Harsh Realm there would not be a world for Hobbes to return to as Santiago plans to destroy it. Hobbes decides to stay in Harsh Realm as Fossa gives him the letter Sophie wrote. 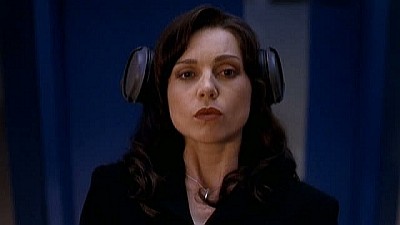