Whilst driving through the countryside in search of a soldier who may hold the key to defeating Santiago, Hobbes and Pinocchio unexpectedly travel through a tear in Harsh Realm and enter what seems to be an alternate dimension. They immediately come under fire from World War II soldiers and eventually learn they are trapped in an earlier, and thought deleted, version of the Harsh Realm simulation. One of the American soldiers asks for help from Hobbes and Pinocchio as he has been trapped in this version of the game and has been playing it over and over again for years. As Hobbes is captured by the Nazis and Pinocchio fights for the allies, they soon come to realize that if they do not find a way out of this game they could be doomed to repeated it over and over like the American soldier. 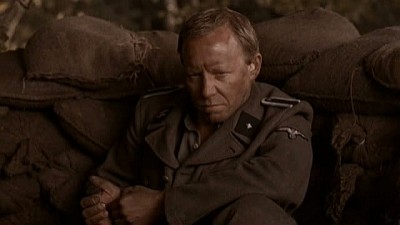