A stalker threatens Christine, prompting Peter to move her into the hotel and assign her a 24-hour guard. Christine's stalker causes an electrical blackout in the hotel, gets into her room and tries to overpower her. After the electricity is restored, Christine comes face-to-face with Don Walden, an executive for the hotel's public relations firm. Don is about to stab her when Peter rushes in and subdues him. Isabel Darby, a young pregnant girl, sits in the lobby after leaving her fiancÃ©, Jeff, at the altar. Isabel goes up to a hotel room to rest, then goes into labor a short time later, just before the electrical blackout. Mark arrives with a flashlight, and Billy orders him to look after the girl while he locates the doctor. Before Billy can return, Mark delivers the baby. Jeff arrives shortly after and assures Isabel of his love. British gentleman Tony Fielding, an old flame who courted Mrs. Cabot during World War II, rekindles emotions with Mrs. Cabot over a romantic dinner. Former 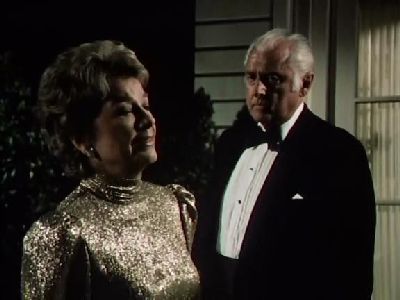