1. Ozzy Osbourne Do Ozzy Osbourne records contain hidden suicidal messages when played backwards? John memorized Osbourne's, "Suicidal Solution" backwards and approached punters on the streets for his scientifically watertight research. 2. Opening Titles - Song that goes "VZIIOSHP" 3. Fairlight John proves just how Australian starting a hip-hop band is by showing that the Sampler was first developed, designed, and manufactured in Australia. 4. Music Mole - Peter Andre The Mole tells how cross-media ownership doesn't always work out, when a press that reviews records owned by Rupert Murdoch ridiculed Peter Andre, who is signed under a record label owned by Murdoch. 5. Rage John shows just how easy it is to make a music video for the ABC show Rage by attaching a camera to the head of his friend's dog's head and sending in the footage with some quickly made techno music. 6. World of Instruments This week it's Mental as Anything playing My Nips are Getting Bigger with the instruments of Iran. 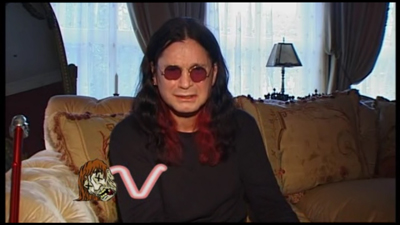