1. Opening Titles: Pink Floyd 2. Jew'town John presents how successful Christian music is, and then tries to capitalise on the Jewish music market by signing his band Jew'town to the big American Christian label Floodgate Records. 3. Riders John tells the tale of the rise and fall of his short-term hip-hop band Raspberry Cordial. He also hands out Rockstar Rider Ring of Reward prizes, consisting of what big-name bands get as special requests for doing performances. 4. Music Mole: Video Clips The Mole reveals that Australian music video directors are lucky to get paid for doing a video, but once the band becomes successful the Australian directors are rejected. 5. Van Dyke Parks Ala Van Dyke Parks' megaflop Song Cycles, John gives his fans the chance to exchange their worn-out copy of his Raspberry Cordial cassette along with 1c, and he'll give you 2 new copies for you and an unenlightened friend, plus an essay written by John about why his music was so misunderstood and ahead of its time, entitled Everyone Else is Stupid. 6. World of Instruments This week it's Ross Wilson playing Eagle Rock with the instruments of the Republic of Guinea. 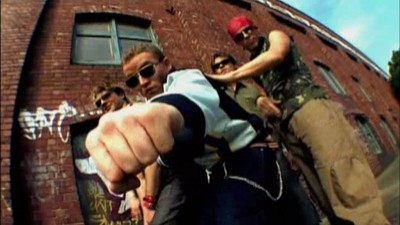