1. Opening Titles: The Smiths 2. Scrabble In the new millennium, John proposes a new form of hip-hop battle: hip-hop scrabble. 3. Music Mole: Human Nature Rumour has it that one album by Human Nature was costing the record company Sony around $40 per album in advertising costs, when the album was sold for only $30. 4. Scientology John puts forward the question that many of you may not want asked, and even less of you will want answered: Is Beck a Scientologist? 5. Inpress John shows how an upcoming band can get a great review in the local music magazine by simply writing your own. 6. World of Instruments This week, it's Sonic Animation playing their song Evil with the instruments of Turkey. 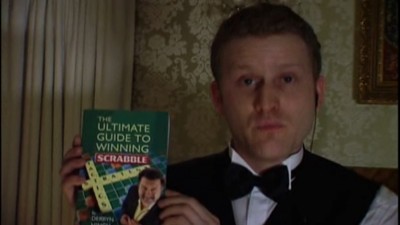