When an business executive's wife and two daughters are kidnapped for a loanshark because the loan hasn't been paid off, Goren and Eames are frustrated by the man's lack of cooperation, which stymies them further when the man's released daughter proves to have been sexually assaulted. 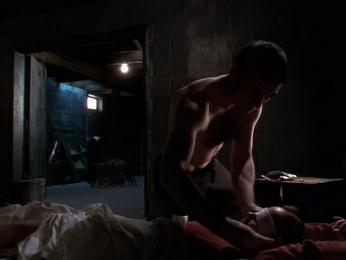