Gambling, womanizing, hard-drinking writer Ernest Pratt has created a dashing literary hero, Nicodemus Legend, as the main character in his series of dime novels set in the untamed West. Pratt's wildly imaginative stories are written in the first person, giving readers the impression that the exploits are real and that Ernest Pratt is actually Nicodemus Legend, an adventurous man dedicated to justice and science. When Pratt learns that a warrant has mistakenly been issued for the arrest of Legend in Sheridan, Colorado, he travels there to clear the name of his mythical hero. Soon after his arrival, he meets a great admirer of his clever Western talesâ€”eccentric European scientist/inventor, Janos Bartokâ€”who has taken the liberty of borrowing the Legend persona in order to help the local townspeople. Bartok convinces Pratt to assume the identity of his own literary creation, and to use Legend's celebrity as power over enemies who are attempting a land takeover. When Bartok and his apprent 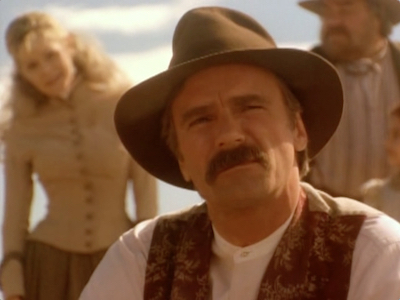