After being accidentally stabbed with scissors by Johnny, Lights' injury puts his comeback, his health and Theresa's medical career in jeopardy, especially when Barry Word can not postpone the fight because of the penalty fees. As his family's expenses pile up, Lights tries to speed up the healing process by secretly seeing a doctor to give him a potent "medicine cocktail" mixed with prednisone. Lights tries to recover from his unfortunate injury, but finds out from Mike Foster—now a TV reporter—that Word is already setting up Reynolds' next fight with a Ukrainian Muslim boxer named Mustafa. Meanwhile, Lights and Johnny find out that Margaret is seeing gangster Hal Brennan, and think he is playing her to get closer to Light's and backing his fight. 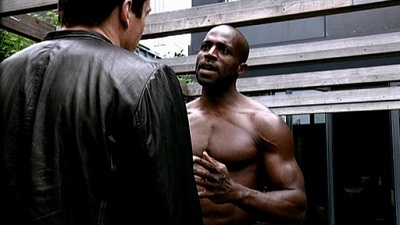