Lights tries to help a hard-up former champ, Jerry "The Rainmaker" Raynes, but the punchy boxer ends up helping him. Meanwhile, Councilman Randall Hess is brought in for questioning in a prostitution scandal and is all of a sudden "talkative" with the FBI. Hess threatens Lights' future by trying to get him to confess his involvement in having the councilman take a bribe when he delivered a cake box full of cash from Brennan. However, Lights gets arrested for bribing a public official and has to find a way out without jeopardizing his family and his upcoming fight. 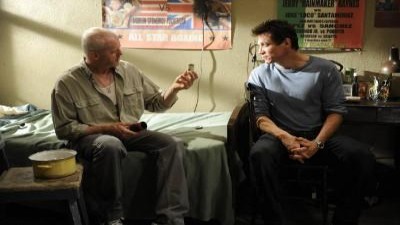