I'll See You in Court

The Bundys and the Rhoades sue a motel after Al and Peg discovers that the motel taped the Rhoades having sex. **Conflict erupted between the show's producers and the airing network over the episode's content, which prevented the episode from being aired for well over a decade, far past Married ... with Children's initial television run. Even when first shown on American television in 2002, four lines were removed from the broadcast, despite it having already run uncut in other countries.** 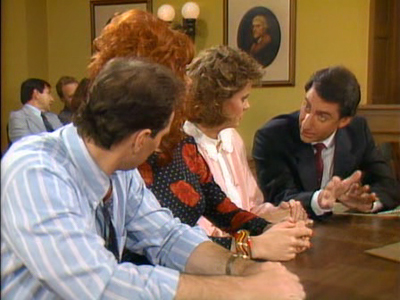