American Airlines Flight 1420 was a flight from Dallas/Fort Worth International Airport to Little Rock National Airport. On June 1, 1999, a McDonnell Douglas MD-82 (registration number N215AA) overran the runway upon landing in Little Rock and crashed. According to the NTSB's report, the crew of Flight 1420 learned that the winds were changing direction and that a windshear alert had sounded on the airport due to a thunderstorm nearby. The crew was originally told to expect Runway 22L for landing but requested a change to Runway 4R. As the aircraft approached Runway 4R, a severe thunderstorm arrived over the airport. The controller's last report to the crew prior to landing stated that the winds were 330 degrees at 28 knots. During the rushed approach, the pilots had failed to arm the spoilers, devices atop the wings that reduce lift by "spoiling" airflow. After landing, the first officer stated, "We're down. We're sliding." The aircraft never fully settled onto its landing gear and therefore braking was ineffective. Despite the application of brakes and reverse thrust, the aircraft skidded off the far end of the runway at high speed and crashed into an approach lighting tier, ending up on the banks of the Arkansas River. Such structures are usually frangible - i.e. designed to shear off on impact - but because the approach lights were located on the unstable river bank, they were firmly anchored and the impact destroyed the aircraft. It broke into three pieces and ignited. The pilot, one of six crew members, died in the crash, along with 10 of the 139 passengers. Flight: American Airlines Flight 1420 AKA: Fatal Landing 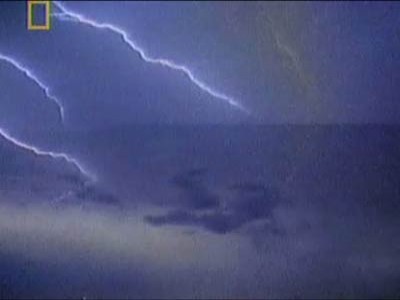