United Airlines Flight 811, a Boeing 747-122 (registration number N4713U), took off from Honolulu International Airport bound for Sydney, Australia, via Auckland, New Zealand with 3 flight crew, 15 flight attendants, and 337 passengers aboard. As the 747 climbed to between 22,000 and 23,000 feet the R5 cargo door tore open, decompressing the cabin and leaving a gaping hole. Five rows of business class seats were blown out of the aircraft, along with nine passengers. Severely injured, a flight attendant was lying down beside the hole caused by the decompression. Because the cabin was no longer pressurized, the pilots initiated an emergency descent to reach an altitude with breathable air. The explosion had knocked out the number three engine and the number four engine caught fire. Despite only partial flaps (a portion of the shed fuselage damaged the flaps on one wing) and concerns over the plane's landing gear and structural integrity, the crew made a perfect landing and deployed all ten evacuation slides on the aircraft. The evacuation was completed in 90 seconds, with no additional injuries occurring. Flight: United Airlines Flight 811 AKA: Ripped From the Sky 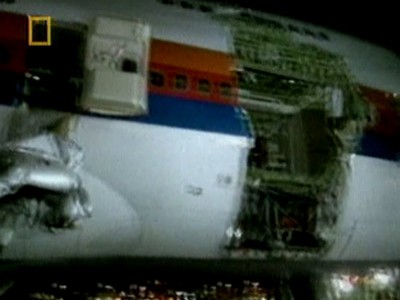