Kid in the Cockpit (Aeroflot Flight 593)

Aeroflot Flight 593 refers to an accident on March 23, 1994 in which an Aeroflot Airbus A310-304 passenger airliner, registration F-OGQS, crashed into a hillside in Siberia. The cockpit voice recorder revealed that the pilot's 15-year-old son, Eldar Kudrinsky, was initially at the controls when the incident began, and that he had unknowingly activated an automatic feature of the A310's autopilot that many pilots at the time were unfamiliar with. All 75 passengers and crew were killed. 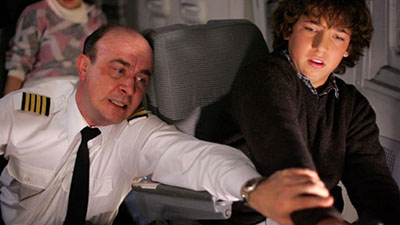