Out of Control (Japan Airlines Flight 123)

Japan Airlines Flight 123 was a JAL domestic flight from Tokyo International Airport in Haneda to Osaka International Airport in Itami. The Boeing 747-SR46 that made this route, registered JA8119, crashed into the ridge of Mount Takamagahara in Gunma Prefecture, Japan 100 km from Tokyo, on Monday August 12, 1985. The crash site was on Osutakano-O'ne (Osutaka Ridge), near Mount Osutaka. It remains the worst single-aircraft disaster in history, and the second-worst aviation accident of all time, second only to the Tenerife disaster. All 15 crew members and 505 out of 509 passengers died (including the famous singer Kyu Sakamoto): a total of 520 deaths. The four female survivors were seated towards the rear of the plane: Yumi Ochiai, an off-duty JAL flight attendant, age 25, who was jammed between a number of seats; Hiroko Yoshizaki, a 34-year-old woman and her 8-year-old daughter Mikiko, who were trapped in an intact section of the fuselage; and a 12-year-old girl, Keiko Kawakami, who was found sitting on a branch in a tree. 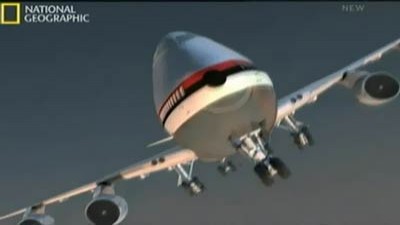