Iran Air Flight 655 (IR655) was a commercial flight operated by Iran Air that flew from Bandar Abbas, Iran to Dubai. On Sunday July 3, 1988, the aircraft flying IR655 was shot down by the U.S. Navy guided missile cruiser USS Vincennes between Bandar Abbas and Dubai, killing all 290 passengers and crew aboard, including 38 non-Iranians and 66 children. The Vincennes was inside Iranian territorial waters at the time of the shoot-down. According to the U.S. government, the Iranian aircraft was mistakenly identified as an attacking military fighter. The Iranian government, however, maintains that the Vincennes knowingly shot down a civilian aircraft. 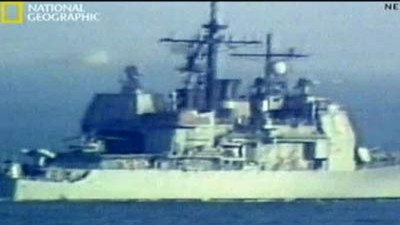