Alternate title: "All Engines Failed" British Airways Flight 009, sometimes referred to as the Jakarta incident, was a scheduled British Airways flight from London Heathrow to Auckland, with stops in Bombay, Madras, Kuala Lumpur, Perth and Melbourne. On 24 June 1982, the route was being flown by City of Edinburgh, a 747-200 registered G-BDXH, when it flew into a cloud of dust and ash thrown up by the eruption of Mount Galunggung, and all four engines failed. The aircraft was able to glide far enough to exit the ash cloud, and three of the engines were restarted, allowing the flight to divert to Jakarta and perform a safe landing. 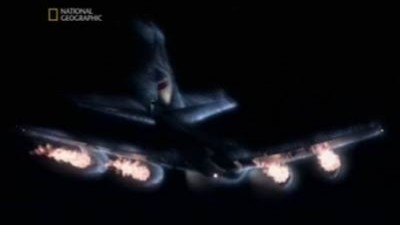