Alternate title: "Blind Landing". Korean Air Flight 801 crashed on August 6, 1997 on approach to Antonio B. Won Pat International Airport, Guam. The Korean Air Boeing 747-3B5 jet, designated HL7468, was en route from Seoul, South Korea to Guam. It departed from Seoul-Kimpo International Airport (now Gimpo Airport) at 8:53 p.m. (9:53 p.m. Guam time) on August 5. It carried 2 pilots, 1 flight engineer, 14 flight attendants, and 237 passengers. The flight was uneventful until shortly after 1:00 a.m. on August 6, as the jet was preparing to land. There was heavy rain at Guam so visibility was significantly reduced and the crew was attempting an instrument landing. At around 1:40, the aircraft was cleared to land at runway 6L. At 1:42, the aircraft crashed into Nimitz Hill, about 3 miles (5 km) short of the runway, at an altitude of 660 feet (201 m). Of the 254 people on board, 228 were killed, most of them by the ensuing fire; only 23 passengers and 3 flight attendants survived. 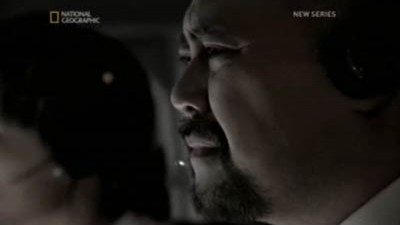