Alternative title: "Unconscious Pilot" 14 August 2005: Helios Airways Flight 522 takes-off from Cyprus. As it flies over Greece, air traffic controllers lose radio contact with it. Fighter jets are sent up to meet with the Boeing 737. One of the jets get close to the plane only to see that the First Officer is alone and unconscious in the flight deck. Everyone in the cabin is also unconscious and oxygen masks are dangling from the cabin ceiling. The captain is missing. Then, the fighter jet pilot witnesses someone enter the cockpit. The mysterious person appears to be trying to regain control of the aircraft, but it is too late. Soon, Flight 522 runs out of fuel and dives into a hill near Marathon. There are no survivors. After a thorough investigation, the mysterious person is found out to be a flight attendant that had been working on the flight who managed to stay conscious by using a portable oxygen mask as opposed to the aircraft's installed oxygen masks. This solved the mystery of who the fighter pilot was looking at before the aircraft went down. 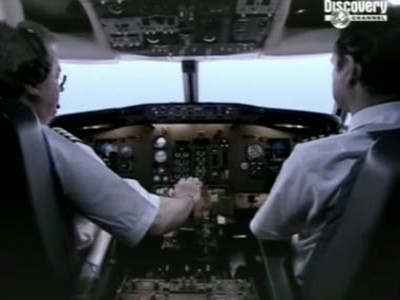