For Love or Money

Alison is befriended by a guy from the mail room, who quickly asks her out. He reveals that his father is the vice president of a sunscreen company with which D&D is doing business. She makes a suggestion for the campaign, and is enraged when Rick steals the idea and pitches it to Lucy, her boss. Alison tells Lucy what happened, but she is afraid to do anything because of possible repercussions from Rick's father. Lucy gives Alison the chance to work on the campaign, and Alison develops a new ruthless attitude that she later comes to regret. After failing miserably in his new job at a coffee shop, Jake agrees to help his ex-girlfriend Peri with the sale of a fraudulent painting. He backs out of the deal after catching Peri using drugs, and later lands a job as a mechanic. Matt questions Rhonda's character after she reneges on a promise to help with a dinner at the halfway house. 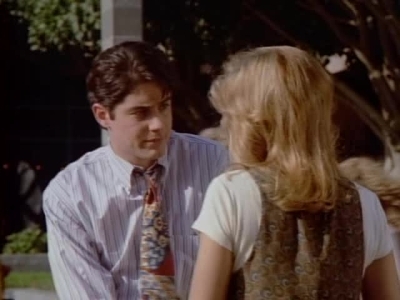