During a routine appointment, Jane learns that her baby has died. Michael is reluctant to express his emotions about the loss, and quarrels with colleague Kimberly Shaw when she tries to convince him to show his feelings. He later apologizes, and the two flirt rather obviously. The Mancinis' friends give them a dog to help take their mind off of losing the baby, but Jane loses the dog at the beach. Michael lashes out at her and admits that he fears she may have lost the baby because she initially considered an abortion. He later apologizes for not being more supportive throughout the pregnancy. They find the dog, but let a lonely old woman keep it. Meanwhile, Alison is enraged after finding Billy fooling around with one of her bras while doing the laundry. She claims their friendship is over, but later explains the reason for her anger. 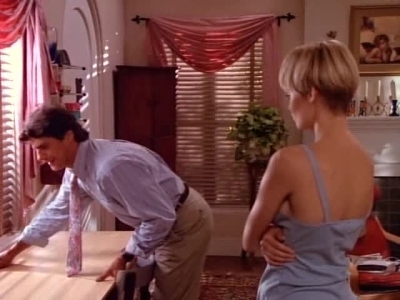