During his surprise birthday party, Jake receives an unexpected visit from his mother. Her constant drinking and carousing creates friction in their already-strained relationship. Although Sandy suggests that he be more understanding, Jake throws his mother out. He is too hurt by her mistakes of the past to have her in his present life. He later goes to see her off and wish her well. Billy is the victim of a car-jacking after dropping off a passenger in South Central, and begins to display signs of racial prejudice. Rhonda is furious. She talks with Matt and says that her reaction is partially the result of disappointment in herself; she has become so intent on living her life color blind that she has turned her back on her culture. Billy and Jake conduct a stake-out that leads to the arrest of the culprit. Rhonda takes Billy back to South Central to educate him about the area's people. Jane and Michael quarrel after he behaves insensitively during a parenting class. She believes 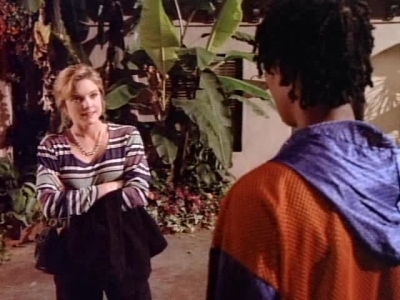