Jane receives a surprise visit from her sister Sydney, who has dropped out of college. Jane keeps the news from their parents, but is annoyed when Syd hangs around her workplace. Kay eventually hires Sydney as her assistant. Billy agrees to set up Alison with one of his friends, as she needs a date to the advertisers' ball. He scuttles the whole thing due to jealousy, and agrees to be Alison's date to make it up to her. Jake buys a new motorcycle and tries to convince Jo to take his old bike. She hesitates because she fears becoming indebted to a man. Jake tries to prove himself by taking up one of Jo's interests, poetry. He tells her that he has gained a lot from knowing her, and that he only wants to see her happy. Jo is disturbed when she is repeatedly contacted by her husband, whom Jake later finds snooping around the mailboxes. Rhonda is furious when Terrence doesn't defend her honor to his snobbish friends, but he later proposes marriage. 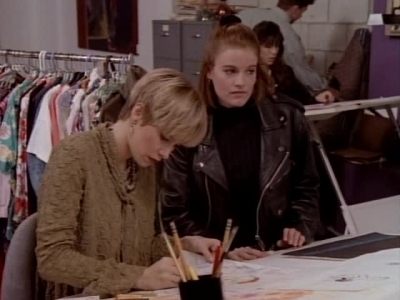