Billy and Alison's first real date is a disaster, as she is fretting about Michael's affair and he has only one thing on his mind. Before they can try again, Alison is called away to a work retreat in Palm Springs. Michael has Kimberly beep him during his anniversary dinner with Jane because he decides he would rather sleep with Kimberly. On her way out, Alison tells Jane about Michael and Kimberly, but she doesn't believe her. Michael denies everything and tries to plant doubts about Alison, but Jane later catches him at Kimberly's apartment. Alison and Amanda come to a truce after Amanda shares her feelings about Alison's interference in her relationship with Billy. Jake loans Billy a motorcycle so that he can surprise Alison in Palm Springs. Amanda mistakenly receives a note from Billy intended for Alison. She tries to send him away, claiming that Alison is on probation at work and cannot see visitors for fear of losing her job. Alison goes to the parking lot to retrieve som 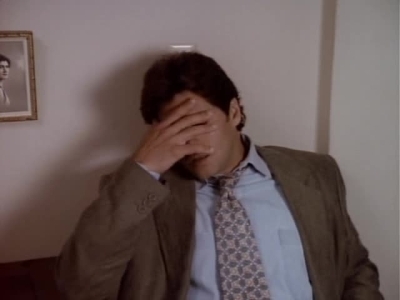