Michael and Kimberly have sex in an elevator at the hospital. Alison later sees them making out in the hospital parking lot after her doctor's appointment. Alison confronts him, but he warns her to mind her own business. Kay sends a burned-out Jane off to have lunch with Michael. Jane learns that he is eating down the street from the hospital, and finds him dining with Kimberly. Kimberly feels uncomfortable after this, and wants to end the affair. Michael spends his day off at the beach with Kimberly, who decides that she will take whatever time she can spend with him. When Jane calls the hospital, she is surprised to learn that he is not on call. She later finds sand in his shoes. Amanda propositions Billy at Lucy's engagement party, and Alison becomes jealous after seeing Amanda kiss him. Jo advises Alison to make a move on Billy, but Amanda invites him to her house before she has the chance. He comes home and wakes up Alison to assure her that he didn't sleep with Amanda. Aman 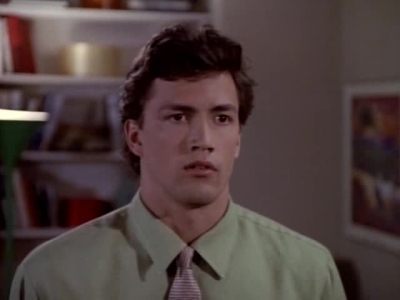