Senator Sterling fields questions during his first official press conference and against the advice of his Chief of Staff Jackie Brock responds to the dreaded drug issue, opening the flood gates for his political foes. Prompted by his son's uncomfortable appearance behind the podium former California Governor Bill Sterling Sr. heads to Washington D.C. to offer some political advice. Elsewhere, Senior Senator Jackson preys on the naÃ¯ve Sterling's admiration, asking for his endorsement on a questionable bill. Meanwhile, Tommy Doyle and Leon Montero attempt to come up with a suitable answer for the drug question. 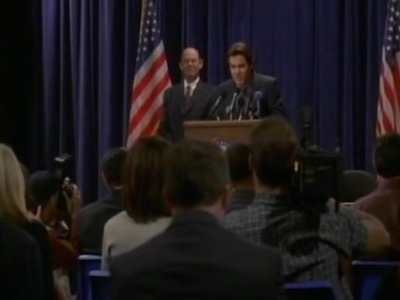