Linda and Carrie pester Sarah about her decision regarding the baby, arguing opposite sides of the issue. Sarah decides to have an abortion. She gets hit by a speeding car in a parking lot and suffers a miscarriage. Adam refuses to believe that he is the father of Grayson's son, Daniel. He demands a paternity test. Monique discovers that Adam is the father; she switches the results in a panic. Monique later reveals the truth, as she believes that Adam has the right to know his child. Julie learns that her new friend was once engaged to Craig. She and Craig had agreed to meet at a certain airport gate if their relationship had a future, but he did not show up. Julie learns that Craig went to the wrong gate. She decides to give Craig a chance to right this wrong. She asks him to meet her on the beach if he wants to stay with her; otherwise, she will assume that he went back to his ex. Julie is heartbroken when Craig doesn't show, but she returns to the beach house and finds that he went 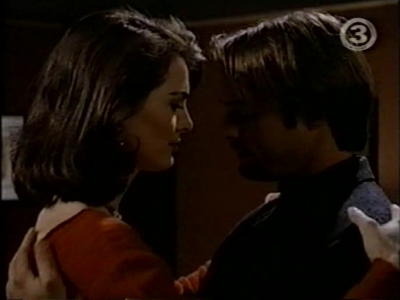