Teenager Jack is egged on by his mates to break into pensioner Eddie's house. The lights go on and Jack's trapped - and his mates have gone. Jack just wants to escape, but Eddie won't let him - and it turns out Eddie's an ex-boxer. Jack takes a swing at him - and suddenly everything goes black. As Jack comes round, Eddie asks him where he lives, telling him he needs to talk to his parents - or the police.. 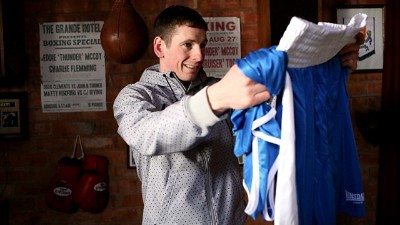