Deadline America reports a rumor that the DA is about to introduce a "mystery" witness. Hoffman questions Miriam, the deputy DA, about this and it turns out that the witness is Susan Dominique, a night nurse at Graham Lester's clinic. When Detective Polson told her that Neil had called the clinic from Jessica's the night of the murder she confirmed it, however she never came forward with this information herself. A leak in the firm is suspected. It turns out to be the firm's intern who had been seduced by the host of Deadline America. Hoffman doesn't fire Sydney (the intern). Instead he gives him another chance. Hoffman visits Graham Lester and accuses him of going against what is best for Neil Avedon. Lester claims that Neil confessed to killing Jessica but Neil can neither confirm or deny this because he doesn't remember anything about that night. Hoffman discovers that Neil and Richard Cross have been keeping in touch throughout the whole "battle." 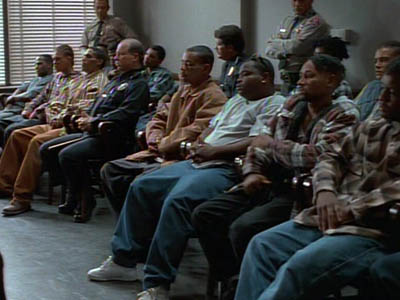