In this episode, the firm hires a private investigater, Ray, to replace Dave. Julie calls Hoffman in his office and sounds like she has over-dosed on drugs. Hoffman immediately calls 911. Julie ends up in the hospital under Graham Lester's care. Cross even shows up to visit her right in front of Hoffman. Under the influence of Lester, who she has been having strange dreams about, leaves the hospital with him and gets a new lawyer other than Hoffman. A jury consultant is selected but most people in the city have already decided that Avedon is guilty. By a new judge, bail is reinstated and Avedon is set free. Ray digs up some information on a man named Rusty who Hoffman believes was involved in Dave's murder. He finds out that he used to live in Mexico and was addicted to drugs. It was believed that Rusty called Cross who later got Dave killed. Ray also finds out that Graham Lester was almost charged with given lethal prescriptions but was let off for some unknown reason. 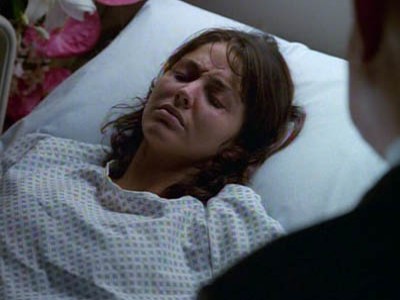