Ted meets with Julie to ask for her help in getting Richard to testify that the tape of the murder is authentic. When she refuses, Chris begins playing the tape. After viewing it for a few minutes, she tearfully agrees to help them. To be lucid enough to testify in court, Richard will need to take a drug which will also further weaken his immune system. In response to his initial resistance, Julie tells him that he owes it to her and Jessica, and he finally relents. Chris is approached by a man who represents a judge on the Court of Appeals who is willing to convince two other judges to overturn Neil's verdict and to get him released on bail immediately in return for $100,000. Chris refuses, telling him that the firm is not in the practice of bribery, to which Ted agrees when Chris fills him in about this encounter. Judge Bornstein grants Ted a hearing where he presents expert testimony that the tape has not been doctored. Richard takes the stand and testifies that he installed a video 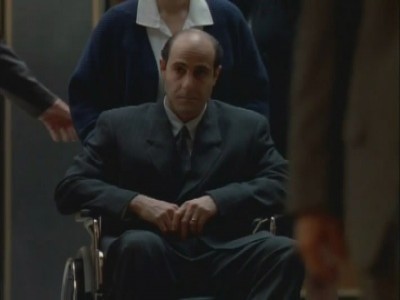