Percy calls the President the United States and threatens to set off a nuclear explosion unless his demands are met. Birkhoff finds two scientists who could help stop Percy’s new nuclear satellite, so Nikita and Michael head after one and Sean and Alex look for the other. Unfortunately, Alex and Sean get caught at the very location that Percy blows up as an example of his power. Meanwhile, Nikita realizes the best way to stop Percy is to go into the belly of the beast – Division itself. 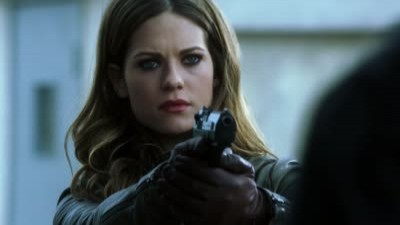