Ryan takes charge of Division with Nikita by his side. Their first mission under the new regime is to bring in “The Dirty Thirty,” the rogue agents who failed to respond to the Division recall after Percy was killed. Unfortunately, their first mission doesn’t go as planned and Michael is arrested, forcing Nikita to change gears and hatch an escape plan for him. Alex reprises her alter ego, the spoiled Russian princess Alexandra Udinov, in a very unique way as part of the plan to spring Michael. Meanwhile, Birkhoff struggles to maintain a working relationship with Sonya, despite his growing attraction to her. 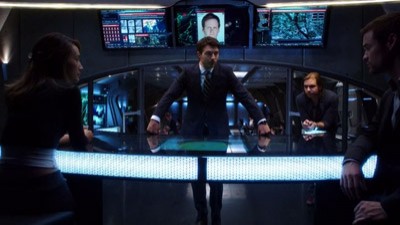