Charlie accurately predicts where a band of bank robbers will strike next. But when Don and his team confront them, a massive shoot-out occurs leaving four people, including an officer, dead. The outcome disturbs Charlie and he retreats into the family garage to work out an unsolvable math problem that he also plunged into after his mother became ill a year earlier. But Don needs his brother's help and tries to get Charlie to return to the case. 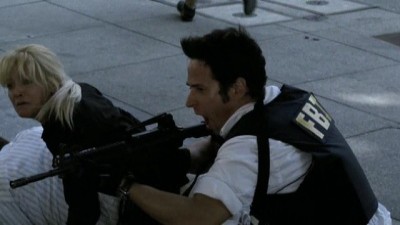