Don and his team investigate an anti-war bombing outside an Army recruiting center that resembles the work of a 1970s anti-war activist who disappeared 30 years earlier after being accused of planting a bomb that killed two people. Retired Agent Thomas Larson, who tried to solve the case 30 years ago, returns to help but questions Don's loyalty when it is revealed Alan knew the radical activist and participated in demonstrations with him, thus causing tension within the family. 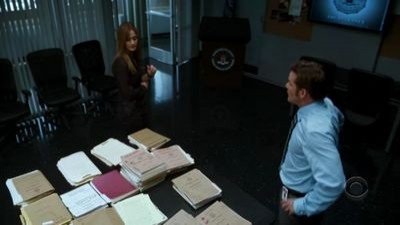