A Town Without Pity

Ryan and Howell get frisky. After leaving the hole and apologizing to Busmalis for the stabbing Rebadow suffers an attack due to a brain tumor. Busmalis reacts by doing what he does best--start another tunnel. Unbeknownst to the doctors and everyone else, Cyril's recovering psychologically more than he can actually show. Arif confesses to Said about his own demons and asks for forgiveness and help. Said plots with McManus to end Querns' and Adebisi's control. Hank Schillinger beats the kidnapping rap and once Beecher finds out, he plots with Pancamo for revenge. After Keller reveals his plot to kill him, Eli Zabitz asks Schillinger for protection. Schillinger agrees but sends Robson to eliminate Zabitz instead. Hughes, now raging beyond sensibility, makes an attempt on Devlin's life at a press conference. Keller and Father Ray have an intense discussion about Beecher. 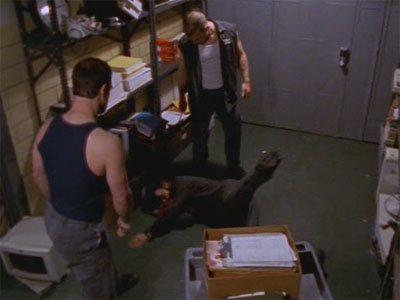