You Bet Your Life

After the press conference shooting incident, Glynn pulls out of the race. When a corpse is found in the laundry room, Querns demands Adebisi find out who did the deed. Soon Browne's corpse is also discovered and Querns gets worried. Querns's investigative efforts point to Supreme Allah as the culprit only Supreme's really being framed for the two killings by O'Reily and Keller. Hill pays big when he tells Mobay he knows he's undercover and Mobay comes clean about his involvement in Oz's recent crimes. Considering the words of Cyril, Sister Pete decides to remain in the Order. On death row, Deyell delivers some payback after Miles goes on another racist tirade. Vern finds out he's going to be a grandfather. Said moves in with Adebisi in order to get some proof of Adebisi's rowdy behavior. Simon finds out and delivers a tape of one of Adebisi's "parties" to Said hoping to "gain his trust" as a "brother" Said turns the evidence over to McManus. The result? Querns gets fired, McManus is reinstated and Adebisi and his cronies get moved to Unit B. Enraged about these new developments, Adebisi and Said struggle in the pod and one of them becomes Oz's latest murder victim. 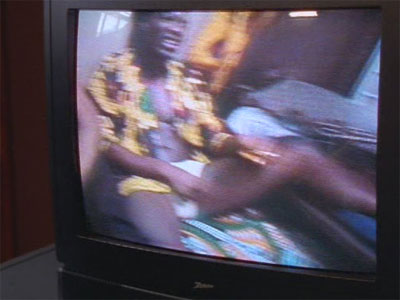