Fate deals a blow to Dean and Colette's budding romance. Maggie writes a critical story for the Village Voice against her congressman's politics but doesn't count on falling for him after she submits it; though she wants to resist, the physical attraction between them is undeniable. Kate finds it hard to move beyond her last spy assignment and is haunted by the repercussions - she faces a fate similar to Bridget's if she cannot fake her way through a lie detector test. And Laura is in a tailspin as Ted thinks he's found the love of his life. 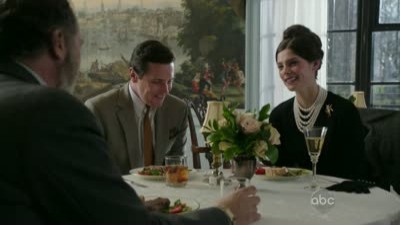