The Case of the Drowning Duck

Donald Briggs is an unscrupulous private investigator hired by Clyde Waters to uncover information about Marv Adams, his daughter's fiance. Briggs learned that Marv Adams' father was Ben Devereaux who was convicted of murder 18 years ago. Donald Briggs is trying to blackmail Clyde Waters and Martha Norris in return for keeping silent about certain facts regarding the Devereaux case. The next evening Donald Briggs is found dead in his motel room and Marv Adams is accused of the murder because he had a fight with Donald Briggs the previous morning. 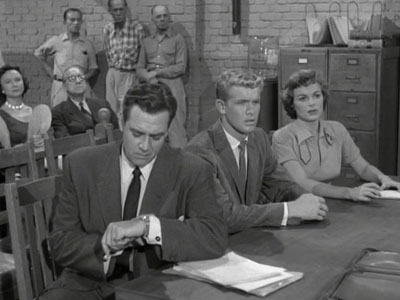