The Case of the Lazy Lover

Attempting to miss hitting her stepfather's car, Patricia Faxon swerves as she enters her driveway and hits the hedges. After asking her stepfather, Bertrand Allred, to move his car, he finds Bob Fleetwood badly hurt next to the hedges. Assuming Patricia accidently hit Bob Fleetwood, Bertrand and Lucille Allred take Bob to a hotel. The next morning Bertrand Allred is found dead in his car, near the hotel, where the car left the road and went through the guard rail. Lucille Allred is accused of killing her husband when she is seen walking back to the hotel shortly after Bertrand's car left. 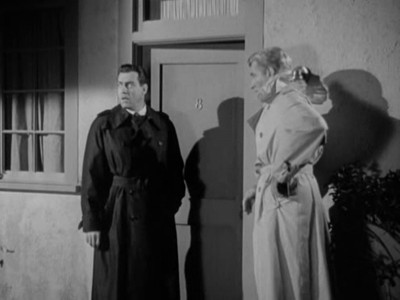