Now You See Me, Now You Don't

An intriguing riddle from “A” has the Liars hitting the road and heading to Ravenswood, where they are surrounded by some familiar faces. During a very special magic show, one Liar pulls a disappearing act, leaving the other three scrambling to make sure she hasn’t succumbed to “A’s” tricks. But before they can hightail it out of Ravenswood, they make a shocking discovery that proves that everything they thought they knew about “A” and the “A” team might be wrong. With this discovery, the Liars may just have started “World War A." Meanwhile, Hanna and her mother’s joyous reunion is cut short when “A’s” sights are set on a new target. And Toby uncovers some surprising information about Wren. 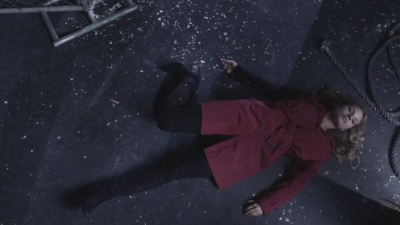